There seems to be a lot of confusion about LEFT and RIGHT when it comes to the Robosapien V2 robot.

This is because the robot is an INFRARED controlled toy unit and it was designed to be operated when FACING the user, as the robot is a lot more fun when viewed from the front.

The remote control oriented talk uses the perspective of the operator: 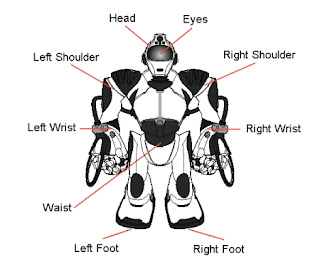 BUT the robot's own inner markings talk about the robot using its own orientation: 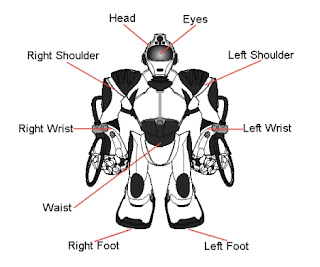 So the orientation depends on the eye of the beholder:


P.S.  My thanks to nocturnal and Wowee for the pictures above.

at 12:13 AM
Email ThisBlogThis!Share to TwitterShare to FacebookShare to Pinterest
Labels: Electronics Channel, Robosapien V2