Browsing a local Chinese auction site (the Hong Kong version of Yahoo! auctions), I noticed an advertisement regarding a robot for sale.

What caught my eye about the advertisement was that it appeared to feature a picture of a Robosapien V2. 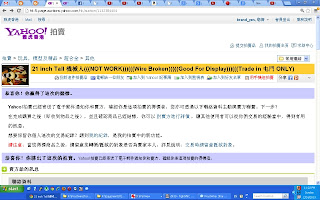 In case you didn't know, the designer of the Robosapien family of robots (V1, V2, etc...) is Dr. Mark Tilden.  This guy is a real celebrity in robot circles.  Been around forever.  Used to work at Los Alamos.  Founded his own type of robotic family.  Invented a new way of talking about autonomous robots.  Has his own Wiki Page and Fan Club.

This man has REALLY "been there and done that".

I thought that I would pick up this unit, do something interesting with it and see what happens.    I'm hoping that it will give me more common ground with Mark and excuses to talk to him about "robot stuff".  Here's to hoping.

See for yourself in the advertisement details: 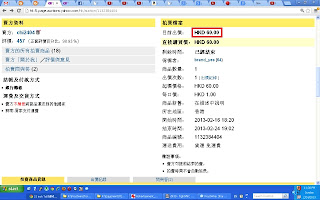 At least the seller certainly wasn't trying to hide anything:

Here are the pictures that were included in the listing: 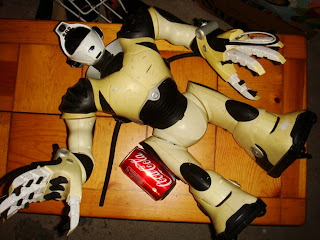 Hmmm.  The wire harnesses for the arms appear to have been cut.  I wonder why? 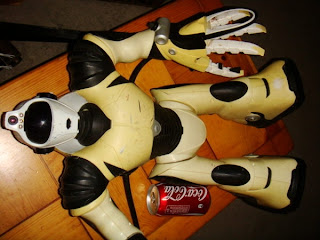 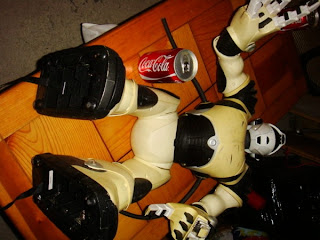 Hmmm...no battery panels on the bottom of the feet.  This could be tricky later...

at 12:23 AM
Email ThisBlogThis!Share to TwitterShare to FacebookShare to Pinterest
Labels: Electronics Channel, Robosapien V2