The Front Calipers From HELL!!! 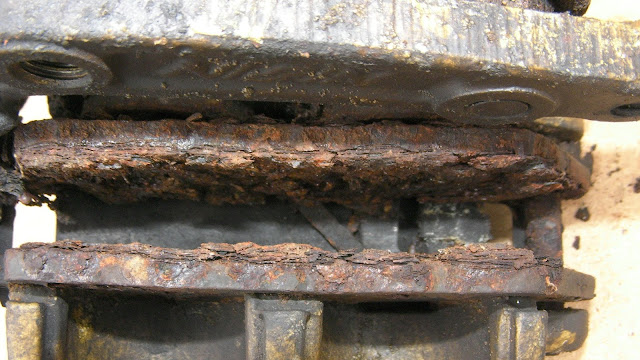 The Front Brakes Were Shot...


And that's an understatement!  In actual fact, I couldn't even get the brakes to move, much less come off at first, because the rusting brake pad parts had swelled up against the inside of the caliper housing to the point where they were well and truly stuck fast against the disk.

I ended up levering the calipers off of the disk using a flat blade screwdriver, then my largest BONDHUS hex key, and then finally, a plank of wood!

When I finally did get the calipers off, BOTH of the front brake pads split away from their backing pad and dropped immediately to the ground!  It was much more dramatic firsthand than it looks on video, I assure you!  Still...enjoy!

Help a Maker Out?


Did you see anything in this video you want for yourself?  If the answer is yes, consider using one of the link(s) below to buy it directly from amazon.com.  When you do, I get a small commission that keeps me going!

at 6:00 PM No comments:
Email ThisBlogThis!Share to TwitterShare to FacebookShare to Pinterest 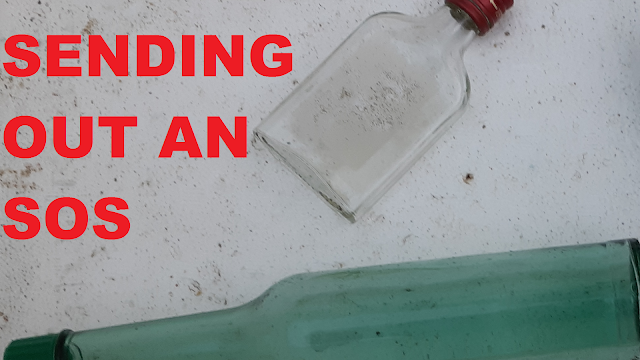 
Growing up, as I did, enduring bitter and seemingly endless winters, I sought escape from the monotonous physical and cultural landscape of my childhood in any way I could.  Before I was even a teen, the four corners of my life were inhabited by books, television, music and, lastly, computers.

I still have memories of lying on my bed, in the early part of the year, reading one of the books I had received for Christmas under the warm yellow light of an incansdescent bulb  with the wind howling outside, driving the snow sideways.  In those days, the weather was so cold that the snow was more like grains than flakes, and it would blow like sand across the landscape, drifting up in huge dunes, often taller than a man.

One of the books I vividly remember reading at about the age of 10 was Treasure Island by Robert Louis Stevenson.  My grandparents sent me my father's copy of the 1955 illustrated version by the Whitman Publishing company, which he had also received at the age of 10, but left behind when he moved out of his parents house a decade later to marry and be with my mother in the late 1960's: 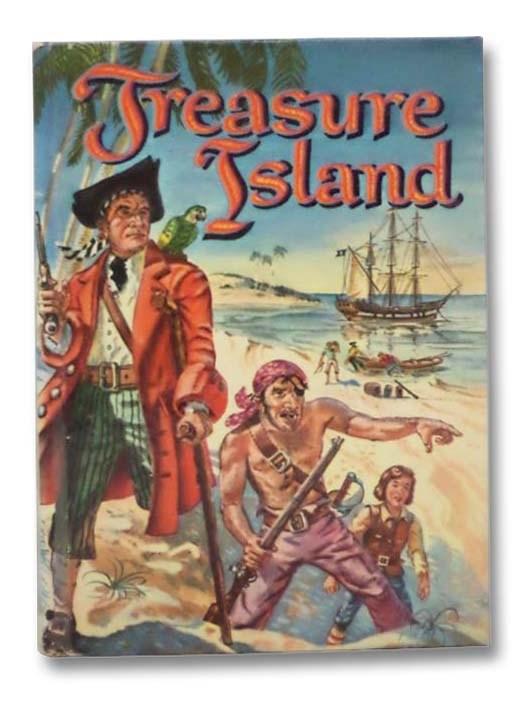 I loved that book, and the world it described.

Another book I loved that I received at about the same time was Robinson Crusoe, by Daniel Defoe.  I loved that book a little less, but the world it described seemed so amazing to me.  I never thought that I would end up living on the Pacific, and able - as I am now - to visit the South Pacific any time I so desire.

Message in a Bottle - The Police

A couple of years later, when I wasn't quite yet a teenager, The Police, originally a punk rock band, released Message in a Bottle, a reggae influenced tune with a fantastic and endlessly looping guitar riff that you couldn't get out of your mind once you'd heard it...at least not me.

The scene the song painted was very attractive to me.  At that time, I was on the cusp of my teenage years, and struggling with the awkwardness of no longer being a boy, but being nothing close to being a man.  I was very attracted to a catchy, pretty song that spoke to feelings of loneliness, alienation and desperation.  I loved the romantic notion of placing a message in a bottle, "sending out an SOS", and the image of a person feeling they were a isolated and solitary castaway, alone and lost in the ocean only to realize that everyone feels that way sometimes - which in a weird way comforted me, because I learned that I wasn't alone in my misery...even as I was no better off in a physical sense.

We walk the dogs every day on the beach near our house in Hong Kong, and we often see bottles of various kinds wash up on the shore.  I never fail to hope that one of them has a message in it - but this has never happened (yet).  So when I came across a particularly evocative bottle the other day, I decided to be a sender instead of a (hopeful) receiver, and took it upon myself to craft a message for wide release into the ocean! 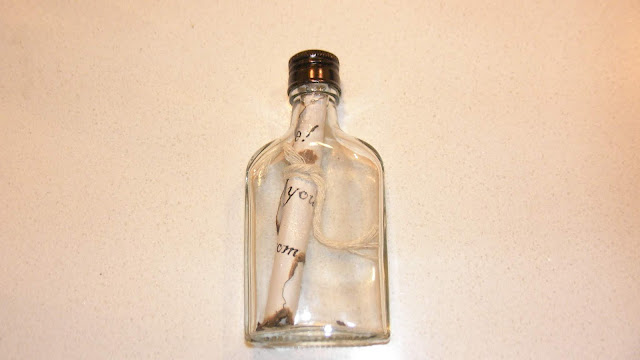 Help a Maker Out?
==============
Did you see anything in this video you want for yourself?  If the answer is yes, consider using one of the link(s) below to buy it directly from amazon.com.  When you do, I get a small commission that keeps me going!