20 Years Ago: My Start with Technology Writing 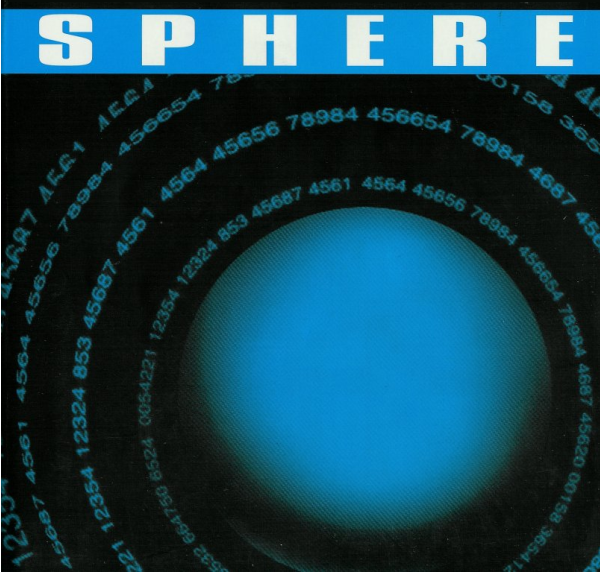 
20 years ago, I wrote my first substantial piece of "forensic" technology documentation.


There's a very long back story, which is something that I'll explore in another document.


But the short version is this: My two best friends from University and I put in a bid on a
huge lot of then-obsolete technology from our old school, Concordia University...and we
won!  I think our bid was for $72.00, which was way cheaper than the school would
have had to pay a garbage disposal company to come and haul the stuff away. Anyway,
the upshot of our victory was that it put one of the computer systems we had all earned
our degrees on in our hands, along with about a ton (literally) of wires, cables, adapters
and other bits and pieces of mysterious and compelling computer and telephone gear.

When it was in service, this machine was called rigel.concordia.ca. While at
school, my friends and I had spent hundreds of hours working on rigel. The staff at
Concordia treated rigel like a precious thing (which it was). This was still back in
the days of the "high priests" of computing, when computing departments were still
somewhat remote, and the people who worked there even remoter.  You could often
only deal with them through a pane of glass, or a slot in a wall.

When we bought it, rigel was, even then, horribly obsolete (1985 - 1987 tech). Its
hardware was based on a Sun Microsystems 4/380 platform, which was actually
an upgraded Sun Microsystems 4/280. The staff at Computing Services (that's what it
was called back then, now it is called IT Services) had tried to keep it alive as best
they could, and had achieved an absolutely incredible ten year service period. But
when it suddenly stopped working one day, they left it to sit in the rack.  Eventually,
they decided it was time to liquidate it, probably to make room for new gear.

Anyway, I was somehow amazed that we now owned rigel, a "real" computer, and I
was quite eager to put it in service at our company The Imperators Group.  But there
was a  problem; rigel arrived DOA.

This is the story of how I got rigel working again, and how it got named sphere.


This document is/was a kind of homage to my alma mater and a big thank you to them
for providing me with the amazing machine that I got to play with work with every day.

At the time this document was produced (1997), there was very little help available online.
I literally spent weeks working on that machine in my basement.  First, I needed to figure
out how to take it apart, so I could understand why it no longer turned on.  That repair
was pretty fast:  The machine had blown a fuse in its power supply and needed some
other small stuff done (that I no longer remember) to be able to power up.

The BIGGEST problem I had was making the machine useful after it powered on.  This
required me to figure out how to get the machine to boot a kernel without a functional tape
drive or disk drive. It took a long time to accomplish this goal and I learned a lot on the way.
One thing that compounded my trouble was that the machine did not have a disk drive, or
the tapes that arrived with rigel were the wrong ones.  In the end, the whole tape thing
was a false trail that wasted a lot of time.  I never did get the tape drive to work.

As a code name for this pre-production project and machine (and from sheer frustration),
I broke convention with our standing rule of naming our computers after conquerors.  I
(re)named the machine sphere, after the book by Michael Crichton, which deals with
humans exploring an alien spacecraft, and how that experience ignited the imagination,
but not always in a good way.  sphere (the computer) was quite a trippy experience for
me.  Up to that point, I had only dealt with Apple, Mac and PC technology, Sun technology
was totally alien to me, hence the code name. 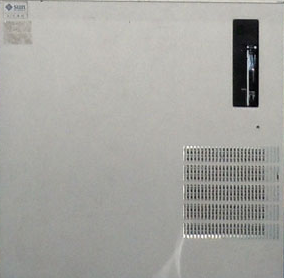 Here are some pictures of a similar machine.  The only difference between this machine
and sphere is that sphere had a tape drive (front) and SCSI ports (back) installed. 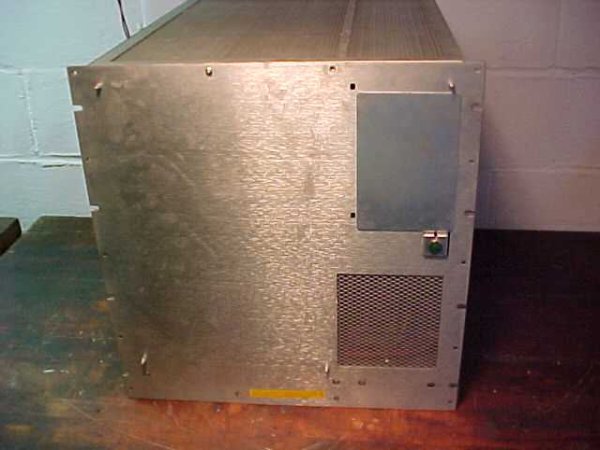 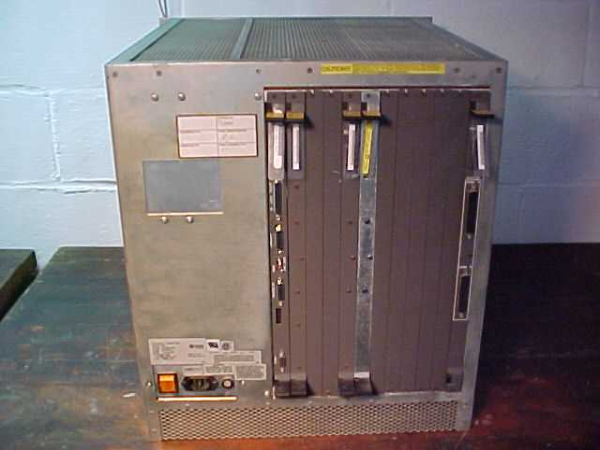 Here's what the SCSI option installed in sphere looked like: 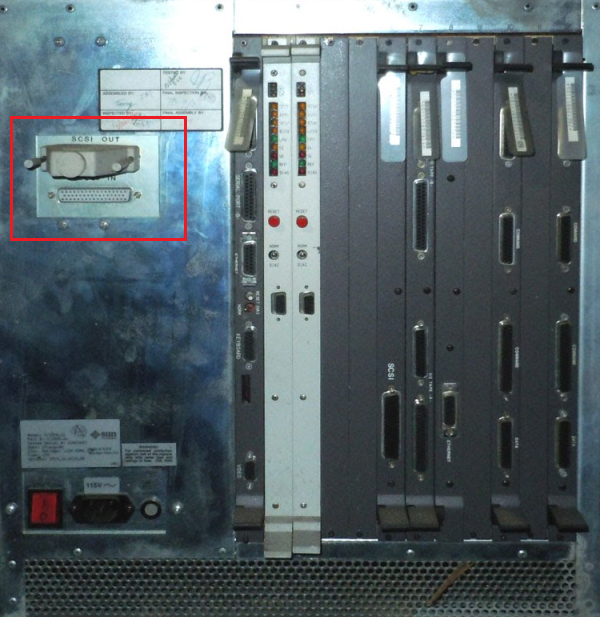 When we bought it, sphere was the biggest and heaviest computer that any of us had
ever owned.  It was 12U high, and it weighted over 100 pounds.

Here's the saga of how I got sphere working again, literary warts and all.

at 1:50 PM
Email ThisBlogThis!Share to TwitterShare to FacebookShare to Pinterest