The Robosapien V2 has a speaker that can only be charitably described as...."cheap sounding".  It's a little 16 Ohm speaker at .3 watts

While browsing the local electronics store about a month ago, I noticed that they had the same kind of speaker that the Robosapien V2 has, but slightly more powerful and constructed from higher quality materials.  Seeing as the cost was USD0.75 for the speaker, I picked it up and decided to install it some day.

Today is the day.


This upgrade should take about 30 minutes to complete. 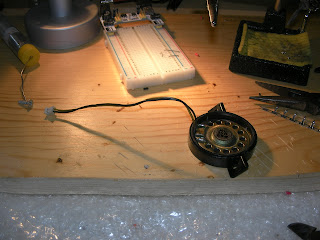 A little close up of the unit.

Why they chose to use BLACK for the speaker POSITIVE lead I will never know... 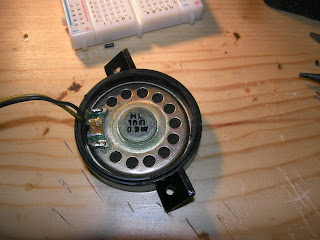 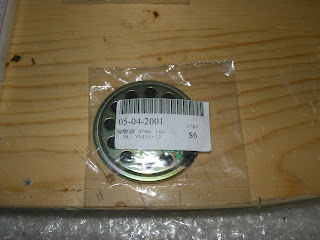 I think that later the speaker will form the "back" of a custom Robosapien V2 Expansion Backpack that I plan to design and put into service later, to hold an ARDUINO board and some other assorted goodies. 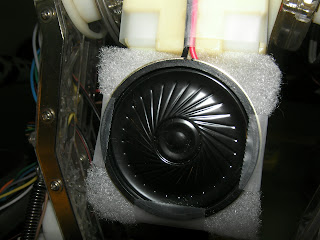 Here's the Datasheet for the replacement speaker:


Here's a picture of the speaker with the proper leads installed. 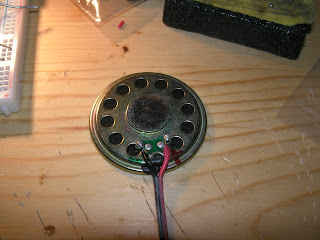 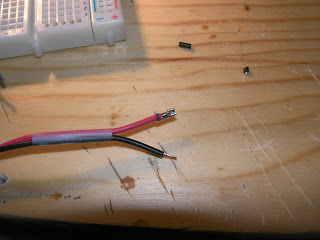 A picture of the completed, assembled unit ready to be connected to the Robosapien V2. I'm happy to say that the robot voice sounds a little crisper and clearer now.