This is PART II of my hand mixer repair saga.

For some context, you may want to have a look at PART 1 first.

So I went off to the electronics store recently to buy parts to build a pair of Voltage Buffered Oscilloscope Probes for a Free Sound Card Based Oscilloscope I'm working on and a One Dollar i2c programmer I'm interested in building to help overcome the EEPROM based Power On Password and Supervisor Password protection of the IBM T30 and other IBM T-Series laptops.

While there, I picked up a THERMAL FUSE (SEFUSE) that is rated for a slightly higher temperature cutoff (130 degrees) than the original SEFUSE (113 degrees) installed in the TEFAL 8143 Hand Mixer. 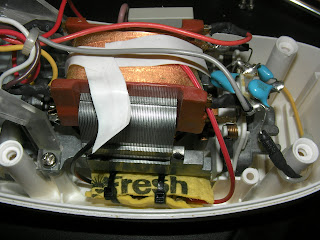 The SEFUSE is soldered in line at the winding entry point, wrapped in a non-conducting material (a piece of the old chamois wash cloth left over from me setting up a soldering tip sponge in my soldering station) secured by a couple of tie-wraps, then tucked below the motor for safe-keeping: 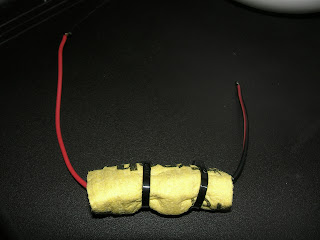 Here's the unit I built.  Slightly over-engineered, what? 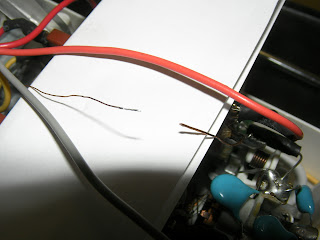 As you can see, the gauge of the winding wires (seen against a white paper background for contrast) is something like #30.  Really thin.  Also enamel or varnish coated.  A pain to solder. 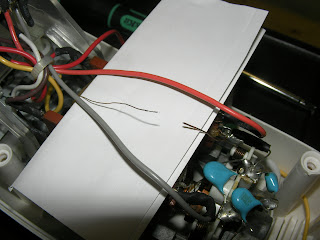 Another quick view of the wiring in this puppy from a slightly further back perspective. 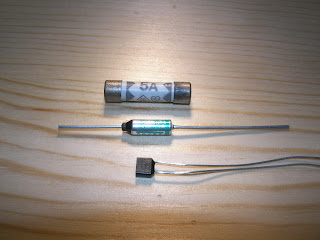 A selection of different types of fuse

The top is a standard BSA type fuse we find in the PLUGS here in Hong Kong. I never saw a fused plug before I got here, but in a way it makes sense.  It also makes for HUGE PLUGS.

The middle fuse is the one that's going to go into this TEFAL 8143 Hand Mixer, rated for about the same current (10A) but about 10 degrees hotter than the one that blew.  This is a dual-mode fuse, it will blow if too much CURRENT is drawn or if too much HEAT is generated.

The bottom is also an SEFUSE, but it's just been packaged in an IC format, probably for convenience when mounting on a circuit board.  It's rated for a lower current but about the same temperature.  These things are probably everywhere. 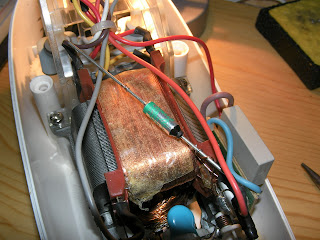 The new SEFUSE placed where it will eventually permanently reside. 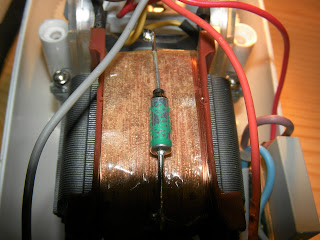 I think I'll put it in the center of the mechanism.  The plastic housing is domed and it just looks nicer. 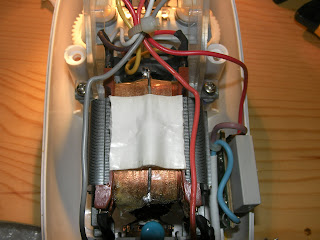 Soldered in, taped down and ready to go.  All that remains is to put it back together.