There are many on the Internet who say that the Robosapien V2 vision system is not that great.  Everyone seems to agree that the system performs much better with additional illumination in the form of an LED mounted on the top of the Robosapien V2's head.

For those of you who do not know this already, there are TWO vision systems at work in the Robosapien V2:


The first system I want to improve is the visible light system.

I think that it will be substantially improved by installing a pair of high intensity LED lights, rather than a single light, for reasons I'll explain below.

I'm going to base my modifications on the great article on improving the Robosapien V2 vision located at: http://www.evosapien.com/robosapien-hack/pcphobic/hacks/led_light/

As well as the excellent tutorial on USB powered LED lighting that I found on YouTube, which is located at:  http://www.youtube.com/watch?v=IlqCE-Ey3E8


The typical plan is to use the USB power leads located in the head cavity of the Robosapien V2 to light a single Super Bright LED in what I call the "Sphere" configuration:

My only little twist is that I want to drive a PAIR of Super Bright 3mm LED lights because I may want to mount them slightly differently and I want to add something instead of just duplicate someone's work.  But, if I wanted to go with a "Sphere" configuration, here's a concept drawing I whipped together to show what I would probably end up with: 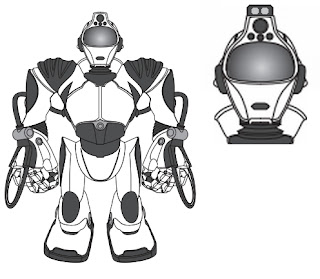 Not bad.  Quick, easy and quite attractive.

But what about REAL astronauts?  What about the space suits that NASA uses when they have to forge out into space on an extra-vehicular mission?

As it turns out, the EVMV (Extra Vehicular Module Visor) features TWO independent light sources.  Considering space is LETHAL, the first priority for a dual light source would have probably been redundancy in the case of failure, the second priority would probably have been a wider flooded light field.  As a matter of fact, the EVMV has "dual redundancy" and a total of FOUR head mounted light sources!  Take a look: 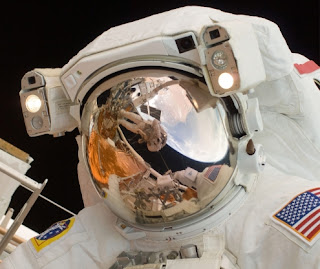 So why not use this real-world validated concept for Improving the Robosapien V2 Vision System and build something along these lines instead? 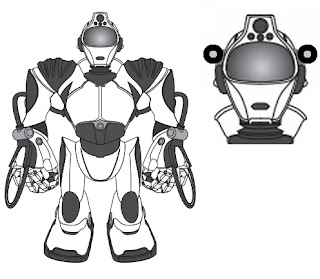 To do this modification with the maximum efficiency and safety, we need to know a few things about the LEDs we are going to be working with - so first thing to do is to select the most appropriate LEDs and then get the DATASHEET for them: 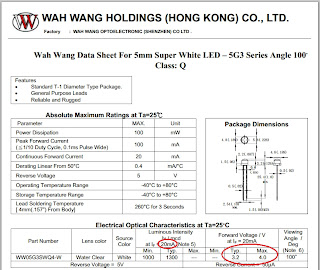 Now that we have the DATASHEET, we can make a few calculations to figure out the circuit that's going to produce the MOST light with the LEAST heat at the LOWEST chance of a burning something out.

Here's some facts about these LEDs:


Here's some facts about USB:

There's a substantial difference between what USB presents to the LEDs and what they would prefer to get.


So there is a real danger that if we were we to simply feed plain USB power (voltage + current) to these LEDs without any conditioning, we run a (very) high risk of burning them out.  This is exactly what happened when on my test bench when I plugged two of them into a USB phone charger presenting 5.0 volts at 400 milliamps.

Luckily, the LEDs being used here are the exact same rating as the one in the video I reference above, so the lessons taught in that video are exactly those here.

We need to put a 1/4 watt, 330 ohm resistor in the circuit to make it safe for our LEDs

Here's the circuit, compliments of https://www.sparkfun.com/tutorials/222 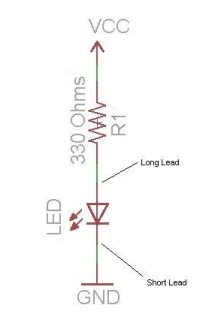 Here he is, Mr. Roboto in all of his glory.  Used a Q-Tip and rubbing alcohol to clean his lens to get the best of what visual performance he can offer - which could certainly be better. 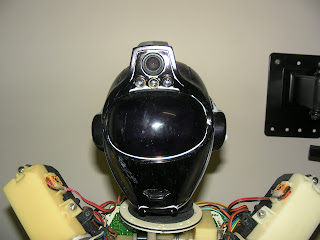 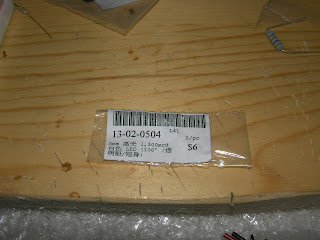 Here's a LED.  Clear.  3mm.  Nothing exceptional (except for light output!) 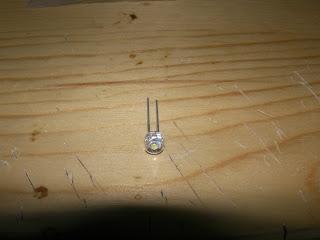 Here's the prototyping breadboard I am using for this project.

If I remember right the board and the power distribution cost about HKD50 / USD6.40.

Power comes into the board from a USB phone charger, extra from a dead phone.

The board can present 3.3v or 5v individually to the right or left power rails.

To select, just move the switch at the top of each of the power rails.

The board before I turn on the juice: 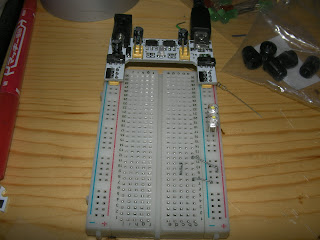 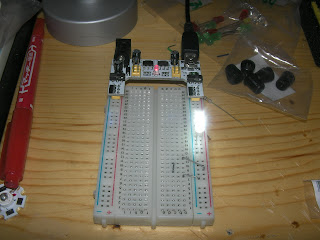 The board at 5v Then the LED's burned out.

Time to put a couple of resistors in series to prevent too much current from flowing across the bridge in the diodes and burning them out.

....to be continued...
at 6:42 PM
Email ThisBlogThis!Share to TwitterShare to FacebookShare to Pinterest
Labels: Electronics Channel, Robosapien V2